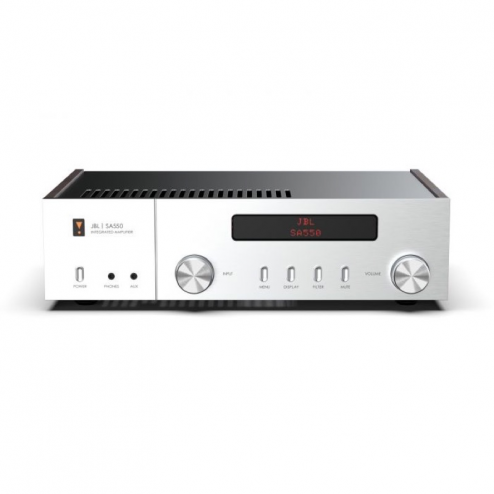 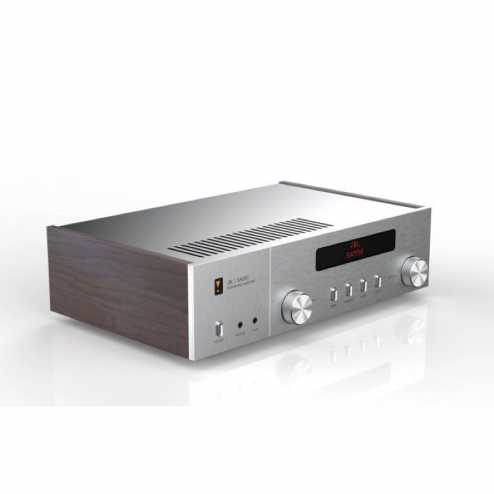 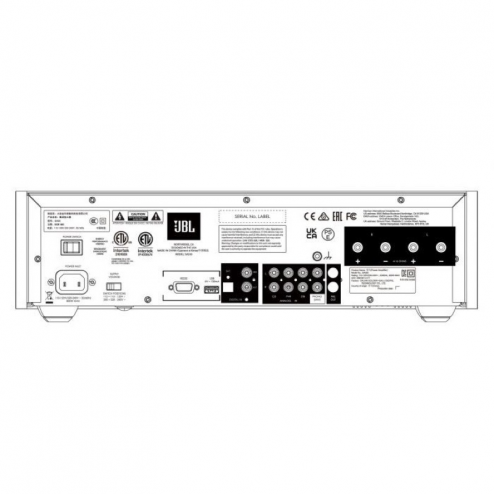 The JBL SA550 Classic is inspired by the classic JBL SA600 amplifier from the 1960’s, with retro styling and walnut veneer side panels to match JBL Classic and Studio Monitor loudspeakers on the outside. On the inside, the JBL SA550 is a music system for today with an advanced amplifier topology with high power output, inventive efficiency, and fine noise control for captivating musicality and effortless power. Straight out of the box, pair your smart phone or tablet to the SA550 with Bluetooth for instant high performance music from all your music services and libraries that you listen to everyday. The JBL SA550 Classic includes the latest Bluetooth AptX®Adaptive technology for hi-res audio over Bluetooth and low latency to ensure audio is in sync with video.

The advanced amplifier topolgy in the JBL SA550 Classic is called Class G. Class G utilises multiple power supplies where all other amplifiers only use one. The first power supply feeds enough power for the amplifier to deliver 10 Watts per channel, not a lot you might think… but this small amplifier includes a big heatsink that keeps the amplifier stable up to 90 Watts per channel. That enables this first 10 Watts to be delivered in a topology known as Class A, which ordinarily is not very efficient. The benefit is that it involves no switching of any output stage components in and out of the music signal – as normally occurs in any Class AB or Class D amplifier. The result is vanishingly low noise and the purest sound with all micro dynamics and details preserved.

Of course, 10 Watts really isn’t much and so the SA550 can deliver a great deal more. It can deliver a maximum sustained output of 150 Watts per channel with the use of a second, much higher voltage power supply, and this is where the amplification in the SA550 is incredibly inventive. If that second power supply was simply switched into circuit when required, it would induce nasty distortion, and this would be harmonic too – quite unpleasant. So the SA550 includes a set of high speed “lifters” which gradually raise the power delivered to the amplifier, tracking the music signal and mainaining a 5 Volt head room. This allows the benefits of Class G amplification to be realised, whilst eliminating the downsides and powering any speaker system effortlessly.

All that smart amplification can be enjoyed from three digital and four analog inputs, including a moving magnet phono input for a turntable. The digital inputs include a high resolution, ultra high-fidelity DAC with the highest performance ESS DAC chip at heart. The SA550 is a throw-back to the late 1960’s on the outside. But with Hi-res Bluetooth technology, efficient amplification and exceptional musical performance, the SA550 is a modern classic rooted in today’s best technologies.