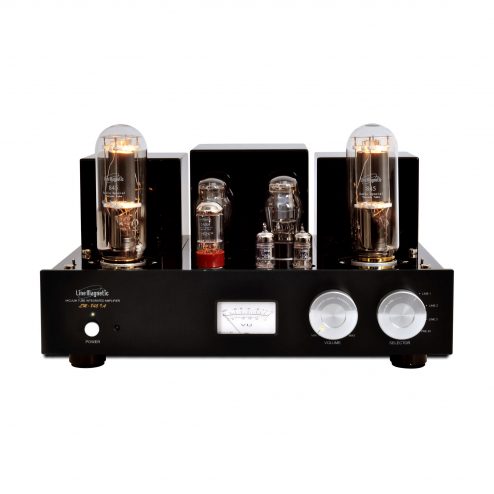 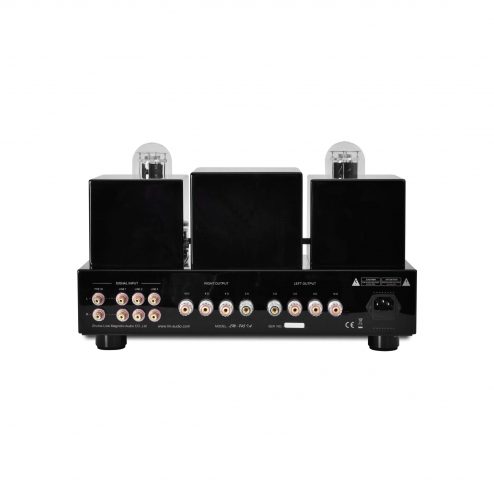 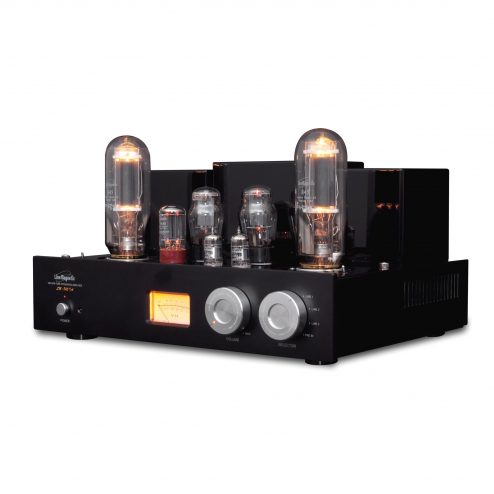 The LM-845 is a quality upgrade of the old LM-518 amplifier. It delivers twenty-two watts per channel, Single Ended design, Pure Class A Integrated Stereo Amplifier with 845 output power tubes. The drivers are 6P3P tubes, the capacitors are Multicap, American MIT Coupling Capacitors, German MCAP Coupling Capacitors,
All tube Integrated with 12AX7 input tubes for voltage amplification, EL34 driver tubes, 5AR4 rectifier tubes and 845 output tubes. Driver tubes 6P3P can also be replaced by different kinds of driver tubes and you can select which tubes you prefer judging by different sounds. Well selected and matched tubes. No matter it is the Pre-stage or power stage of tubes we select and choose the best matching ones to use on the same unit of amplifier to get the best sound quality out of it.

Different from other inputs Pre-In offers you a possibility to connect to some other Preamplifier so that you can the LM-845IA as a power amplifier.
User bias control has been used for bias adjustment and one meter has been added to the front plate to allow you to monitor bias with ease. External Hum Balance adjustment for sound adjustment.

Specially designed Toroid transformers made of Z11 Core for power supply and two Japanese Audio grade EI types of output transformers with wide bandwidth are applied. All transformers and chokes are encapsulated and installed separately on the amplifier to avoid and lower the disturbance between each other.