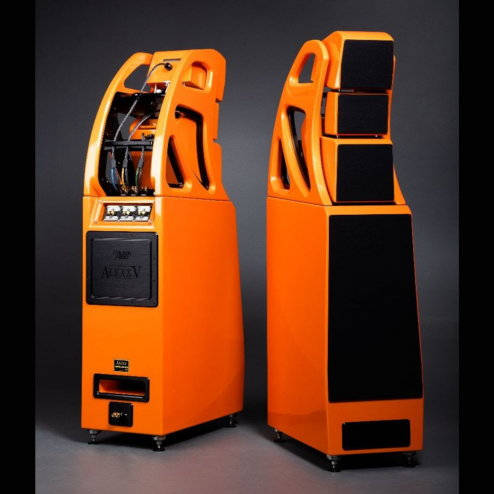 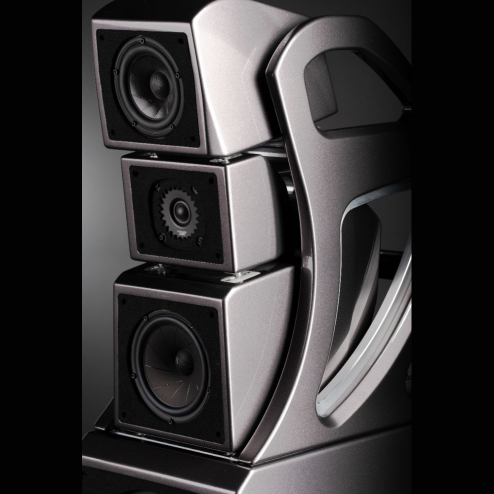 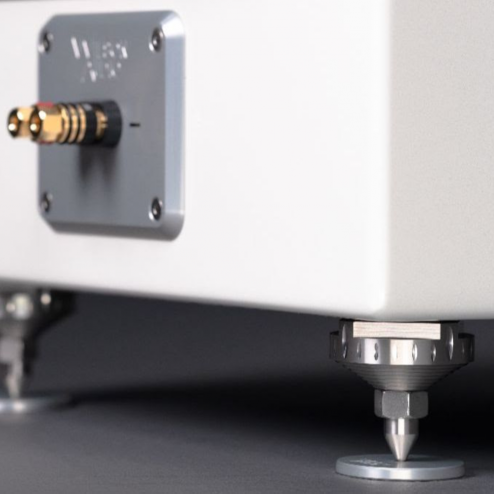 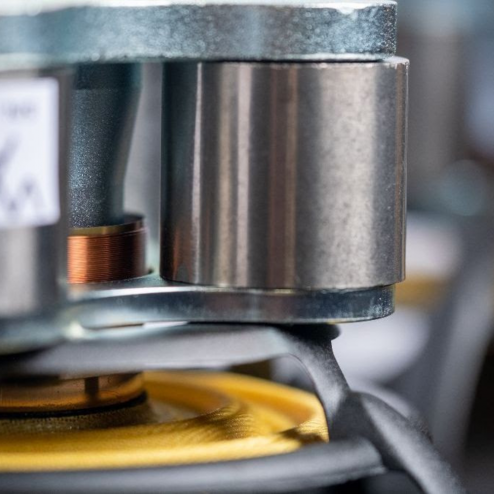 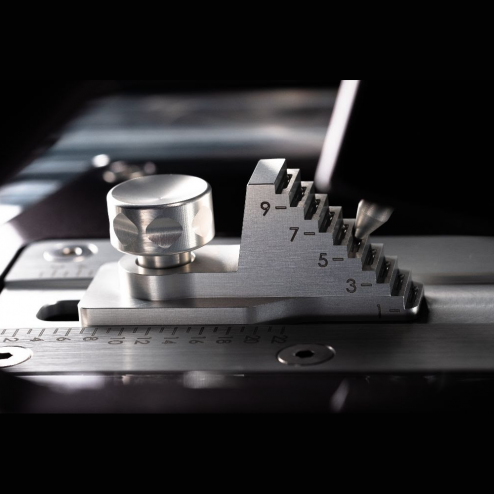 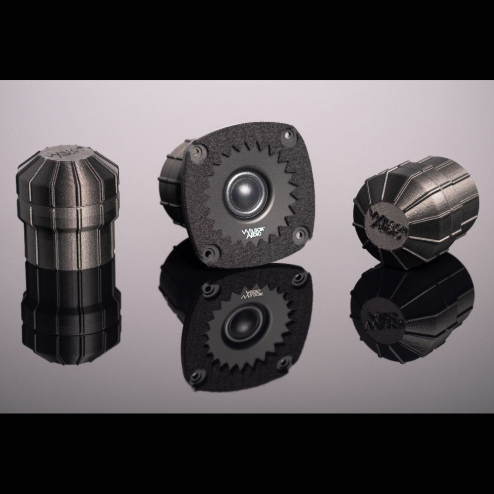 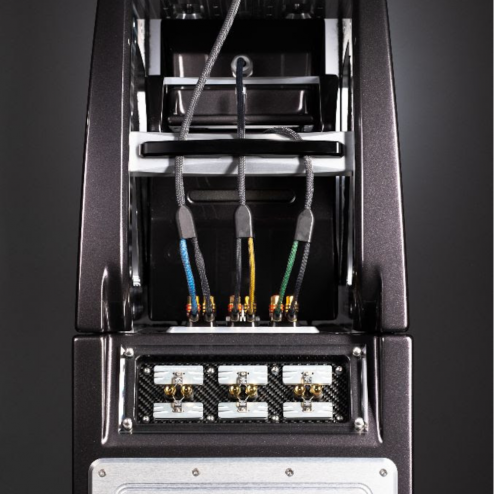 Convergence of Nature, Science and Art
The original Alexx loudspeaker, launched in 2016, quickly gained critical acclaim throughout the industry. Alexx benefited from several elements developed during the five years Wilson Audio’s founder David A. Wilson, and his unwavering R&D team, brought to life his magnum opus: the WAMM Master Chronosonic. Now, five years after the monumental accomplishment of the WAMM, Alexx V builds upon the original Alexx’s success by offering a completely re-engineered performance envelope without greatly increasing the footprint. Comparing the overall size of Alexx V to the original, Alexx V is only 1” deeper and 1” taller while maintaining the same width.

Alexx V Elements
Our engineering team went through each of the critical sub-systems found in the Alexx® and upgraded, or re-engineered, many of its components. Here are some highlights:
All X-Material enclosures with V-Material nested in strategic locations (top of the woofer, in gantry cross-brace, and in the new Wilson Audio Acoustic Diode™ Spike). Vibration control and upper module isolation akin to what is found in the Chronosonic XVX provides amazing settling between the notes.
There have been several crossover changes. With fewer components now in the signal path we fine-tuned and modified the system for better Impedance and Sensitivity measurements— From a minimum impedance measurement of 1.5 ohms (Alexx) to 2.0 ohms (Alexx V) and +1dB more sensitive than Alexx Series 1.

Open Gantry
Inspired by natural elements found in Utah one quickly sees more svelte lines in the Alexx V™ like the XVX. The exposed “skeletonized” architecture allows an airy and openness currently only found with the WAMM Mater Chronosonic® and the Chronosonic XVX®. Given the open architecture gantry design, the gantry grilles are seamlessly attached via embedded magnets, allowing for quick and simple installation and removal. Alexx V’s overall size is only 1” deeper and 1” taller than Alexx Series 1.

Process of Handcrafting Alexx V Gantry
Alexx V is an extraordinarily adaptable design. Carrying over elements from its larger siblings, such as the XLF reversible woofer port and independently adjustable modules, allow this system to be elegantly tailored to your listening room. These tools built into the DNA of Alexx V allow for greater ease of installation into a wider variety of listening spaces, thus permitting the listener to truly experience the depth and ability of this system.The open architecture gantry first launched with WAMM Master Chronosonic, followed by Chronosonic XVX, has now found a home with Alexx V. Not only does this benefit the overall appearance of the loudspeaker, but critically, it also enhances the overall rigidity of the entire upper module section and minimizes pressure trapped behind the enclosures, resulting in greater fidelity. Easier access to the upper modules makes for quicker adjustments. Similar to our innovative lighting solution (Sono 1™ from Coolfall®) featured in Chronosonic XVX, Alexx V has an illuminated cross brace at the rear of the gantry, which aids in speaker module setup and time-alignment fine-tuning.

Energy from the enclosure migrates into the V-Material where it is faced with the effective damping properties of this efficient material. The mass of the loudspeaker concentrated onto the very small ends of the spike tips results in significant levels of PSI that prevent detrimental vibrations from traveling upward into the footer. Those vibrations that do travel up the spike are absorbed by the mass of the Acoustic Diode and have to travel through the V-Material to have a chance to influence the enclosure.
Keeping the spike and threaded post separate prevent a direct path for vibrations to travel, or interplay, and are therefore dissipated and absorbed in either the V-Material or the footer housing. This distinctive design, combined with advanced vibration-mitigating materials, provides the best of both worlds; a solid base from which the drivers can launch as well as preventing the transmission of energy from the floor to the loudspeakers.

QuadraMag
With the midrange band managed by two dissimilar sized drivers we opted to leverage the incredible advances of our Alnico (Aluminum, Nickel, Cobalt) QuadraMag® design. This 7” mid was originally developed for XVX Chronosonic and has a warmth, beauty, and texture that brings to life all the elements in your favorite recordings. The QuadraMag driver combines four separate magnets, arranged in an innovative quadrature geometry, further enhancing the delicate intricacies of the all-critical midrange reproduction quality.