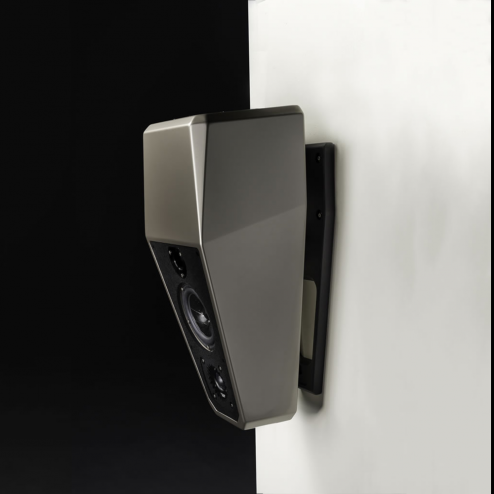 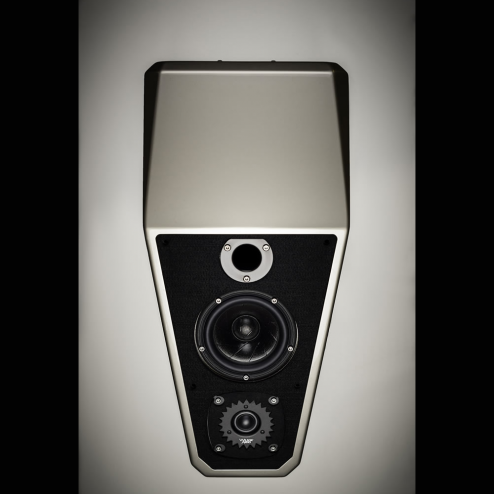 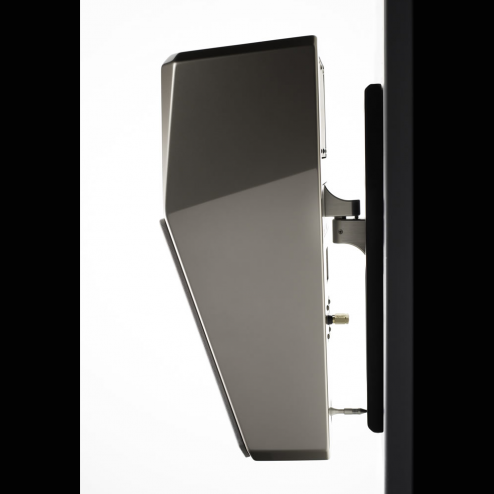 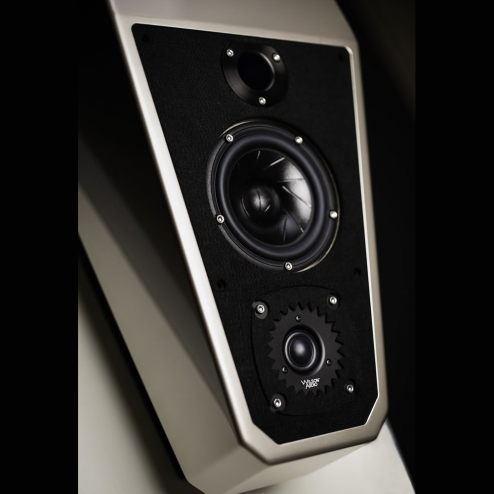 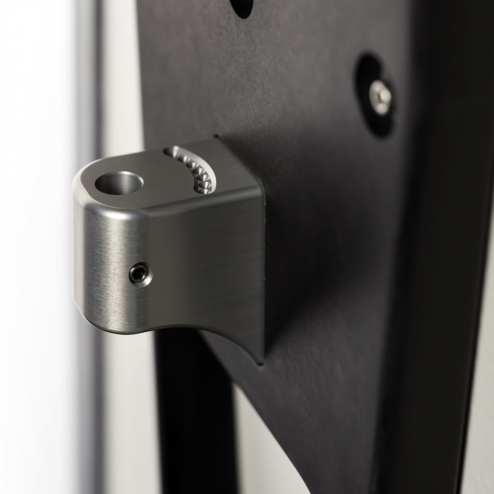 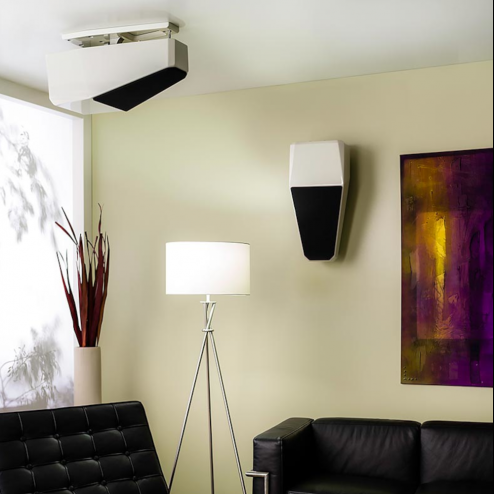 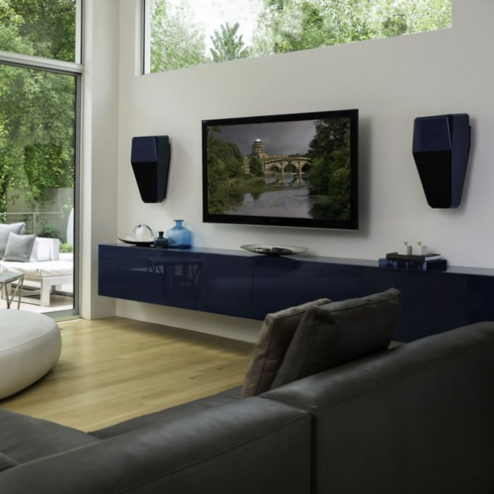 Special Applications projects have a long and illustrious history at Wilson Audio. In 1983, Dave Wilson needed a small location monitor for the series of audiophile-acclaimed classical music recordings he was doing at the time. Finding nothing suitable on the market, he went into his garage and built the original WATT®. Its truncated pyramid shape, constructed from mineral-filled methacrylic, broke the mold of then-current loudspeaker design and has been widely copied since for one reason: it worked extremely well. Mated to its dedicated woofer enclosure, the WATT/Puppy, now called Sasha W/P, continues to be Wilson Audio’s longest running and best-selling loudspeaker.

Alida is the latest Special Applications product from Wilson Audio. It was designed to offer the timbral neutrality, dynamic response, soundstage depth, and transparency of floor-standing Wilson loudspeakers, but to do so in the extremely adverse conditions of wall-mounted applications. The Alida is a perfect example of performance disproportionate to size.

Unlike most wall-mount speakers, Alida possesses all the salient attributes of Wilson loudspeakers: dynamic agility, tonal expression, and musical beauty. The Alida incorporates the same anti-jitter crossover technology that underlies the astonishingly grain-free transparency and musicality of full-size Wilson loudspeakers. With strong power handling capacity and low-end frequency response reaching 40 Hz, this speaker will forever change the perception of just how good a wall-mounted speaker can sound.

The greatest challenge for any wall-mount loudspeaker is accounting for the deleterious interaction with the wall and ceiling, as well as degradation caused by the mount itself. This causes frequency nonlinearities—accentuating some frequencies and effectively masking others. Alida minimizes wall/ceiling resonant interactions through thoroughly re-engineered mounting system. The Alida is mounted to its bracket via a new individually machined, aircraft-grade aluminum mechanism, reducing wall-born interactions and resonances.

Where the outgoing Wilson Wallmount could be rotated up to 10 degrees, Alida’s new mount provides up to 30 degrees of rotation. The Alida can be more fully optimized for both the time-domain and driver dispersion.

For those clients upgrading from the Wallmount Series 2 to the Alida, Wilson has made the task of swapping the two loudspeakers relatively straightforward by providing compatible mount locations on the X-material wall bracket. Simply remove the old bracket and replace it with the Alida bracket. For an additional fee, Wilson will paint the X-material bracket to match the wall or the Alida itself.

Using state-of-the-art materials technology first developed for the Alexandria XLF and the Sasha W/P, Alida provides stunning results. By employing Wilson’s state-of-the-art enclosure analysis, the heart of which is probing the minute panel resonances using laser vibrometry, the engineering team was able to reduce the resonant signature of the Alida enclosure to vanishing levels. A rear-wave diffuser, similar to the technology found in Wilson’s larger speakers, helps reduce time-domain distortion inside the cabinet.

The Convergent Synergy Tweeter now makes its debut in the Alida. This version of the Convergent Synergy Tweeter features a bespoke rear-wave chamber, designed specifically for the Alida platform. Additionally, Wilson will offer a custom version with the its modified titanium dome tweeter for those customers replacing the outgoing Surround, who still use front speakers with this tweeter.

The contribution of the speaker grills is an often-overlooked component in high-end loudspeaker design. One solution employed by some designers is to omit the grill entirely, but this creates a cosmetic presentation that many homeowners understandably view as unfinished. Still other loudspeaker manufactories treat the grill as an afterthought, and devote very little in the way of engineering time to the problems poorly designed grills and grill frames cause. Wilson grill frames are built entirely from its proprietary composite X-Material. X-Material has the advantage of being both extremely rigid and very well-damped; it quickly and efficiently converts unwanted vibrations into heat. Since each grill frame is individually milled, special attention can be given to its shape, the complexity of which in the Alida minimizes sporadic diffraction and reflections normally caused by the grill’s frame.

Careful attention was paid to Alida’s crossover. The goal was to optimize the time domain and the overall tonal balance for wall placement. The Alida’s tonal beauty, dynamic expression, and scaling belie its placement in a difficult environment and call to mind Wilson’s larger reference products.