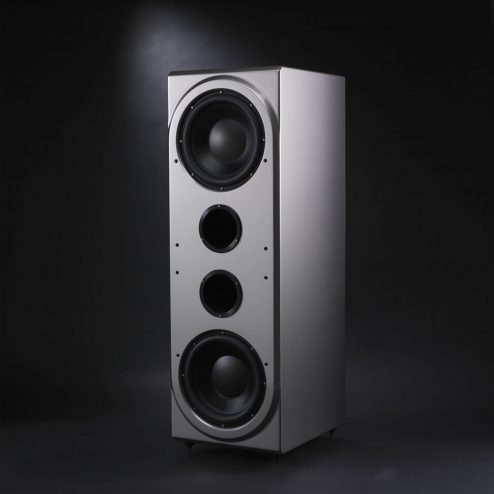 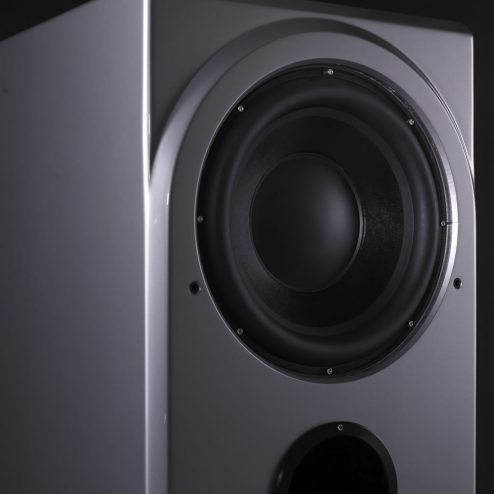 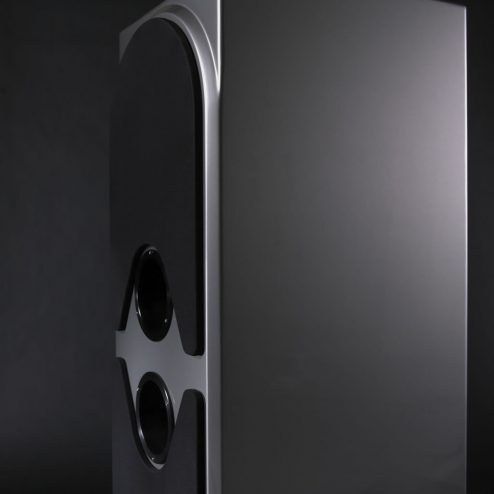 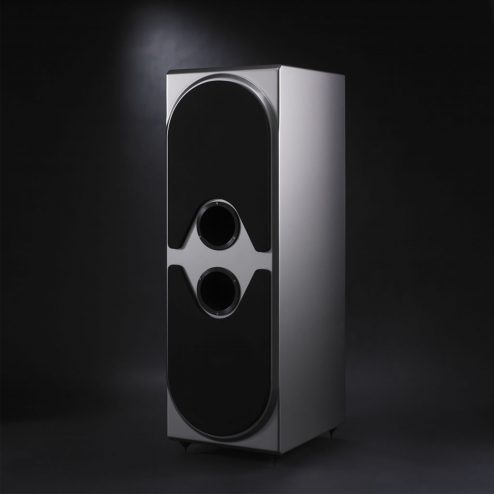 The WAMM employed two six-foot tall bass cabinets. Dave understood from the beginning that—when it comes to reproducing the lowest frequencies with dynamic realism and without distortion—there is no substitute for moving large volumes of air. Utilizing and expanding upon the woofer technologies first developed for the WATCH Dog Passive Subwoofer, state-of-the-art, subterranean bass and impact is now possible in a relatively compact cabinet a mere five feet tall.

No other subwoofer of any technology or any configuration is capable of reproducing the bottom octave and subsonic region at the technological or musical level achieved by the Thor’s Hammer. It is truly state of the art.

In a Music System

Audiophiles have long regarded subwoofers as anathema to perfectionist audio systems. Sure, they provide one thing: deeper bass. But they typically do so at the cost of degrading performance in a whole host of other areas. The—not unreasonable—argument holds that since very little musical information occupies the ultra-deep bass region, reducing output in the bottom octave compromises very little.

In reality, though, the ideal subwoofer can reproduce more than the lowest pipe organ note. There is a wealth of ambient and music cues in the deep- bass region. The ideal subwoofer opens up the soundstage to an extraordinary degree.

The benchmark in designing Thor’s Hammer was simple: create a subwoofer that would be, in every measure, a worthy addition to a music system built around Wilson’s flagship loudspeaker, the Alexandria® X-2 Series 2—no easy task since the X-2 extends comfortably below 20 Hz.

That meant primarily two things: First, the subwoofer had to perform with the same alacrity and dynamic range as the Alexandria. Slow, muddy, or distorted bass, no matter how subterranean, wouldn’t suffice.

Secondly, it was critical that the Hammer not create out-of-band distortion that would rob the X-2 of its singular glory, which is—arguably—the most revelatory and seductive midrange in the world.

It goes without saying that, having built a subwoofer that integrates seamlessly with Alexandria (Thor extends X-2’s bandwidth down to 10 Hz.), we’ve made a loudspeaker that will, without question, enhance systems built around MAXXs®, WATT/Puppys—or even, if you’re into physical extremes, Wilson Audio Duettes ™! Thor can even be custom ordered for horizontal placement.

In a Home Theater

As part of a home theater system, Thor’s Hammer will bring low frequency sound effects to life in a way most moviegoers can only dream about. The fact is, it will achieve a level of dynamic speed and lack of distortion that far surpasses the best movie-house sound systems. The Wilson ideals of dynamic speed, clarity, and lack of distortion have long made our loudspeakers essential tools of the trade in Hollywood, where they’ve been used to record and mix the soundtracks of many of the industry’s iconic movies.

Dual-spider drivers might sound like something from a creature movie, but it describes the long-throw driver technology developed for the WATCH Dog and now employed in its larger sibling.

Long-throw woofers allow Thor’s Hammer to achieve its 10hz response in a relatively compact enclosure. But the longer the cone excursion, the greater its tendency to generate vectors of movement beyond the piston-like single plane, which is the theoretical ideal. These extraneous cone vectors produce distortion.

The dual-spider driver, which was first developed in a 12.5″ design for the WATCH Dog, solves the issue by restricting woofer excursions to a single plane of motion.

Thor’s Hammer uses two custom-designed 15″ dual-spider drivers in a dual- ported cabinet. The resulting distortion measurements are of the order that one associates more with the finest quality amplifiers rather than with loudspeakers!

The cabinet itself is constructed primarily from Wilson Audio’s proprietary X material, an extremely dense and hard composite that achieves the seemingly contradictory attributes of high rigidity and high damping. Reducing cabinet resonance to irrelevancy is the sine qua non of accurate and grain-free music reproduction.