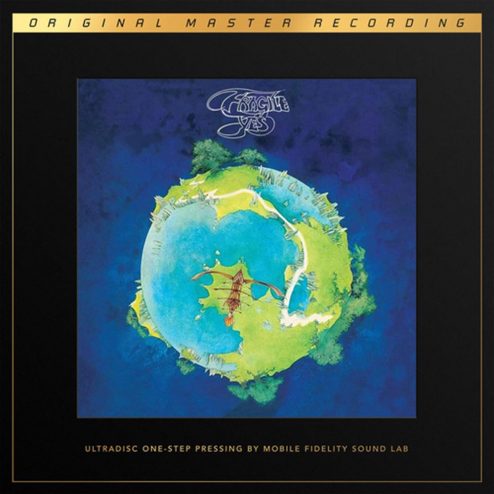 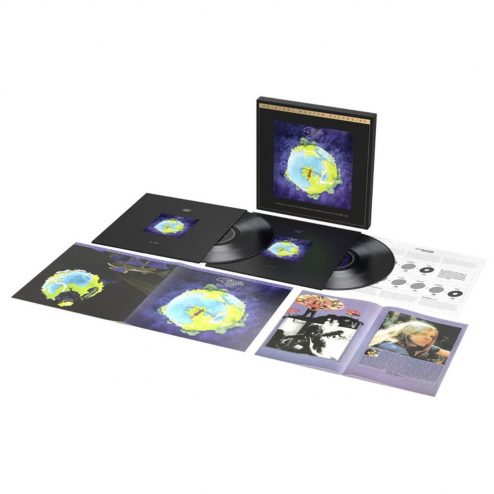 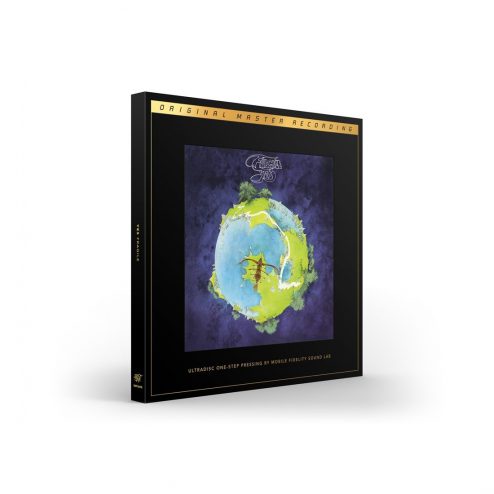 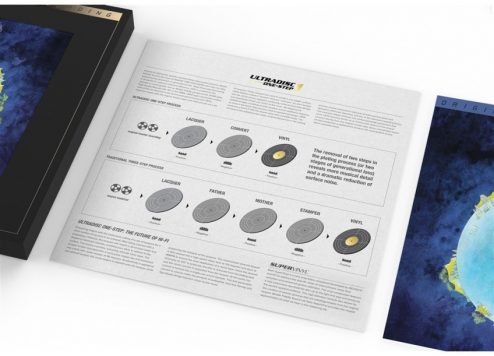 “I wanted to hear something inspiring.” With Fragile, Yes vocalist Jon Anderson’s desire was fulfilled to an extent even he likely couldn’t have imagined. The band’s breakthrough album marks a number of important firsts not just for the group but for how popular music could be approached. It also represents the all-important debut of keyboardist Rick Wakeman, a complete rethinking of the relationship between classical devices, idyllic fantasies, and traditional structures, and the arrival of progressive rock as a mainstream force. Fragile also opened the door to the quintet’s long-term partnership with illustrator Roger Dean, whose cover painting and gatefold-sleeve artwork remains as cherished by music lovers as the audiophile-quality production. Neither facet has ever been experienced in finer form as on this collectable set.

Developed by NEOTECH and RTI, MoFi SuperVinyl is the most exacting-to-specification vinyl compound ever devised. Analog lovers have never seen (or heard) anything like it. Extraordinarily expensive and extremely painstaking to produce, the special proprietary compound addresses two specific areas of improvement: noise floor reduction and enhanced groove definition. The vinyl composition features a new carbonless dye (hold the disc up to the light and see) and produces the world’s quietest surfaces. This high-definition formula also allows for the creation of cleaner grooves that are indistinguishable from the original lacquer. MoFi SuperVinyl provides the closest approximation of what the label’s engineers hear in the mastering lab.

The lavish packaging and gorgeous presentation of the UD1S Fragile pressing also befit its extremely select status. Housed in a deluxe box, it features special foil-stamped jackets and faithful-to-the-original graphics that illuminate the splendor of the recording. No expense has been spared. Aurally and visually, this UD1S reissue exists as a curatorial artifact meant to be preserved, poured over, touched, and examined. It is made for discerning listeners that prize sound quality and production, and who desire to fully immerse themselves in the art – and everything involved with the album, from the images to the finishes.

Indeed, the minute you remove the shrink wrap from the box, you’ll pore over Dean’s meticulous science-fiction sketches as you pull the first LP out of its foil-stamped jacket and drop your tonearm into the lead-in grooves. A rising Moog chord serves as the cue, Howe’s romantic acoustic-guitar passage functions as the gateway, and the English legends dive into “Roundabout” – a lead-off track for the ages. The hit signaled Yes had evolved into a collective that merged bold ambition, technical virtuosity, and contagious melody in a manner none of its contemporaries managed.

Writer and Yes scholar Bill Martin didn’t miss the significance of “Roundabout,” which holds the key to unlocking all the adventures that follow on the album. In the liner notes to the record’s long-ago deluxe CD reissue, he observes, “All of the Yes elements are here: inventiveness, sweetness, and wistfulness, bright colors that are more Sibelius and Stravinsky than ‘pop,’ and not without an edge.”

Such combinations of alluring symphonies and jagged drive repeatedly surface on Fragile, no more obviously than on “South Side of the Sky,” an epic about a tragic polar expedition the quintet plays with a riveting intensity, impeccable control, and staggered progression that renders the narrative’s otherworldly landscapes in technicolor. Or witness the similarly beloved “Long Distance Runaround,” a spring-loaded escapade that in addition to its concision, weds jazz, classical, psychedelic, arena rock, and cerebral aural and literary forms together in a mesmerizing whole.

Fragile is further boosted by five solo-conceived works – one per member – that double as stitching within the larger group-conceived canvas. Each composition emerges as a showcase for visionary conceptions and staggering performance ability. Squire’s “The Fish (Schindleria Praematurus)” stands as an archetypal example of prog prowess as well as a creation that takes the bass guitar into realms still demanding further exploration. Steve Howe’s warm, vibrant “Mood for a Day” is its equal, and a guitar workout that dovetails with Wakeman’s “Cans and Brahms” – an evocative piano-based adaptation of Brahms’ Symphony No. 4.